In 1906 arrives King Oscar II to the spa town of Marstrand. Around him are flocking society and during two summer months you can swim seaweed baths, make contacts and weaves intrigue. Director Lundgren and his family have taken into tourist hotel, even though it really is just too expensive. But hopefully, the bracing sea air cure the sickly daughter Carolina, and maybe they can in the bargain find her a wealthy husband.

But the social game proves to be treacherous, and involuntarily pulled Karolina into haven for the intrigue. She meets Count Douglas Stock Creutz and everything seems to fall into place, until she realizes that he, too, plays a game. A game with unreasonable efforts.

One evening in May 2013 practice Marstrand rescue BA inside the venerable but now dilapidated tourist hotel. The exercises may be an abrupt end when the firefighters find a dead man. Karin Adler at the judicial police in Gothenburg called in to investigate the case. All indications are that the man was murdered. But who may have the proceeds of his death? 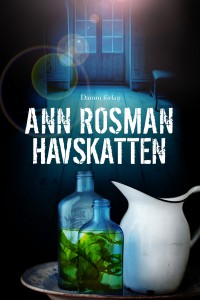