Marstrand. A city founded in the 1100s, an idyllic island community surrounded by the salty sea and with a clear horizon to the west. There is so much history - and stories.

Just think of all the people who trampled on the slate tiles and cobblestones in Marstrand before me! Bath attendants, waiters and errand boys. Cuts Captains and Kings.

When you as visitors step ashore on stone pier, it was exciting to know that it was built during the Porto Franco period. 1775 granted by King Gustav III to Marstrand to the free port, a city which has a direct relationship with the oceans. It reads indeed in his country's laws but seen as a state within a state.

Goods were from Marstrand to Gothenburg example was cleared through customs, which led to extensive smuggling and cutting operations. With Porto Franco agreement was the island of relief, freedom of trade and religion. Exemption from customs duty as long as the goods are not shipped from Marstrand. The freedom meant that they did not charge the tightly controlled guild constraint on the island. And finally, freedom of religion which commanded a tillflyktort among other Jewish families. Scandinavia's first synagogue is located in Marstrand, at Frederiksborg - defense fortification in the northern inlet. The island is also politically active Frenchmen and wealthy nobles who insert themselves and their property in security since the French revolution going on in the same time.

One of the clauses in Porto Franco letter (which would later be changed) was an amnesty for crimes unrelated to life or honor to do. In practice this could be a merchant in Gothenburg ask one of their employees setting up a branch in Marstrand. He sent with him - let's call him Tjufstedt a sum of money, 3000 dollars. During the trip to Marstrand will Tjufstedt think better, and when he goes ashore on the island he has made a decision. As he sign up and talk about his case, as anyone who came to the island had to do, he explains that he embezzled money for his employer, and now intends to settle on the island and open competitive activity. The offense was neither life or honor to do, and thus was Tjufstedt safe, at least until they left the island of Marstrand.

Many were the debtors who fled to Marstrand and according to the so-called "speculantlistan" fled more than 500 people for "geld", but there were several other reasons. A Baron stated "derangerad economy" instead of the usual "geld" as a farmhand AP sought refuge to avoid marriage. Another servant, Lars A, "the maid Martha" went instead to Marstrand for marrying against swearing parents. 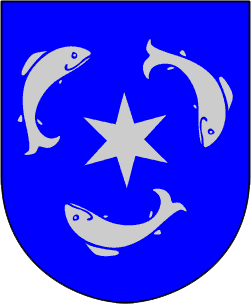 Many were attracted to sail to Marstrand with stolen travel funds until Gustav III, explained that these individuals would be extradited and put a stop to it all. But before that - imagine the crowd of people who were on the small island! The house where everyone went to register and enter their case to the island is still there today - Royal Guard location on the silver poplar. You pass it before you go up the castle hill.

When you are near Silver poplar, take the opportunity to look at the Town Hall, the old pink stone building. The tree, silver poplar planted in 1886 while the house is actually more than 200 years old, built in the 1647th It is Bohuslän's oldest public building stone and the ground floor is Marstrands library, but the building has a dark history. During the witch trials 1669-1672 held the trials of those accused of witchcraft in the room where the library is today, and in the basement held the accused imprisoned. They did not dare put them up on Carl's Fortress with the "ordinary" prisoners because they did not know what could happen when ...

There are endless stories and exciting history of Marstrand. Stories that is also true!

This small island has much to offer if you are interested in walking the families of step and have a little imagination. When the fog embeds both the port and the streets in a haze, one could imagine how it looked when the prisoners were on the run from Carl's Fortress and then promptly stolen goods were loaded onto a waiting ship.

For further information on Marstrand: http://www.marstrand.se/